It’s a universal truth that we don’t start thinking about developing good work habits until we notice that we have bad ones. And after reading yet another “How I get things done” interview with a highly productive executive, you might find yourself wondering, “What do these people know that I don’t?”

The good news is it’s not rocket science. Building productive routines and habits that last is less about superhuman self-discipline and more about setting goals that work for you.

What are productive work habits?

The power of building habits doesn’t come from changing yourself according to what you think you should or shouldn’t do. It’s about working with yourself and others to optimize who you are. Productive work habits will only stick when the person establishing them is aware of their natural tendencies.

Gretchen Rubin, author of the books Better Than Before and The Happiness Project, suggests putting your mind and body in the right place to thrive, understanding that this place is different for everyone. “You might be an abundance lover, where a work environment with lots of buzz and a lot of stuff on the walls energizes you and stimulates your creativity,” Rubin says. “Or, you might be somebody who’s like, ‘No, I like it where there’s bare surfaces and clean walls and it’s quiet, and I can really focus.”

If you take cues from yourself and figure out what structures and atmospheres help you do your best work, you won’t need to work as hard to form good work habits. 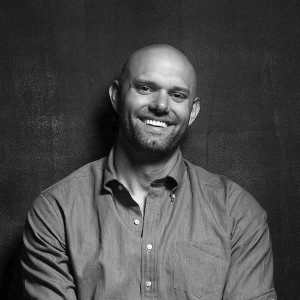 “Goals provide clarity and a sense of direction. But the first question that needs to be answered is, ‘What are the principles and values that are important to us?’ Once you figure that out, you let that determine habits and measurements like metrics.”

James Clear
Author of Atomic Habits: An Easy and Proven Way to Build Good Habits and Break Bad Ones

Why are good work habits so important?

“Research suggests that up to 40% of our daily lives [is] shaped by our habits,” says Rubin. “If our habits work for us we’re much more likely to be happier, healthier, more productive, more creative. If our habits don’t work for us, it’s just going to be a much bigger challenge.”

How to improve your work habits

Clear knows firsthand that even a few improvements compound more than most people realize. When a devastating injury sidelined him from his high school baseball career, he didn’t return immediately. Instead, he gradually re-established order by doing simple things: going to bed early, tidying his room, lifting weights several days a week. He eventually made it onto ESPN’s Academic All-American team.

Atomic Habits outlines several guiding principles for making changes stick. In it, Clear explains how the following framework can be applied to building better, more productive work habits too.

“A manager could think more carefully about which apps should or should not be on everybody’s desktop,” Clear says. “What is something that everybody on the team needs to see each day when they open up their screen?”

Pro tip: Divide desktop browser tabs into windows by project, expanding the one you’re working on to full screen to hide the rest.

Slack’s reminders feature makes sure no message or action item slips through the cracks.

Clear once visited Sumo, an email software company aiming to hit 1 billion pageviews for its products across the websites on which they were installed. They tracked progress with a live-tally counter on the wall.

“Visual cues help get everybody aligned and speak to the importance of social reinforcement in habits,” says Clear.

Sometimes building habits isn’t about doing or not doing specific things, but about giving yourself an environment that leads to better outcomes. While researching his book, Clear was struck by the role our surroundings as well as our family, friends and coworkers play in shaping our habits. We tend to imitate the habits of people close to us, he says, along with those of “the many” (i.e., social norms) and the powerful.

Pro tip: Clutter within your physical and digital workspaces creates noise, which makes it a lot easier for your brain to be distracted by minor interruptions. You don’t have to be a minimalist monk, but the simpler your workspace, the better.

Don’t give yourself a massive goal that’s too overwhelming to even begin. Instead, break it down into a checklist of smaller ones. Taking your mind off the bigger picture to focus on its components will create a healthier environment in which to succeed.

“The key is that you focus on the first two minutes of your behavior,” Clear says. “‘Doing yoga five days a week’ becomes ‘Take out your yoga mat.’ You’re building up the habit of showing up and letting the rest fall naturally.”

The inverse is also true. Break an unhelpful habit by making yourself jump through hoops to succumb to it.

Keep your phone in another room so you don’t constantly check it, uninstall your lunch delivery apps, block time-killer websites, whatever it takes to make those fallbacks more trouble than they’re worth.

Pro tip: When creating a to-do list, get as specific as possible. Instead of listing “big presentation due tomorrow” break it down into smaller pieces such as “add transitions to slideshow,” “conduct two practice run-throughs,” etc. That way, you’re able to cross them out frequently and feel good about your progress.

Organize your work life into channels

Get more best practices for setting up your Slack workspace.

“Self-control is a short-term strategy, not a long-term one,” he adds.

Creating a secondary reward for a new habit can tide us over, at least until the intrinsic rewards of the new habit kick in. Clear suggests using a habit tracker, because it establishes seeing the progress made as its own reward.

Pro tip: Give yourself a treat each time you complete your new work habit. For example, if your goal was to power through an hour of uninterrupted work time, allow yourself 15 minutes to relax or go for a quick coffee break. And remember, it doesn’t actually take 21 days to form a habit according to Clear, who says that’s a myth.

Expecting and planning for failure helps make it temporary.

“Most of us slip up from time to time,” Rubin says. “The question is how to fail small instead of failing big? How do you learn from your mistakes, how do you get back in the saddle?”

When you do slip, be kind to yourself. People tend to think that punishing themselves will motivate them, but Rubin says that’s actually not true. “In fact,” she says, “research shows that people who show compassion to themselves are much more likely to try again.”

If you get in the habit of failing a little less every time, chances are the success will (eventually) follow.

Choose a better way to work

Keep communication organized and your team on the same page with Slack.