As a company grows, workplace conflict follows. It’s nobody’s fault, just a statistical inevitability: The more people need to work together, the more work styles and personalities must cooperate to complete projects and achieve company goals.

Yet a lack of communication in an expanding business can signal the beginning of the end. Leading researchers have found that 65% of startup failures stem from interpersonal conflict. And one survey conducted by the Society for Human Resource Management estimated that an average of $62.4 million per year was being lost by respondent companies because of inadequate communication among employees.

After years of firsthand experience with these challenges in executive brand communications roles at MTV and Nickelodeon, Jennifer Musselman now is an organizational psychotherapist as well as a change and growth strategist. Musselman also works as an executive and change management coach with companies and individuals looking to instill cultural changes, combat burnout, and revamp both intradepartmental and organization-wide communication. 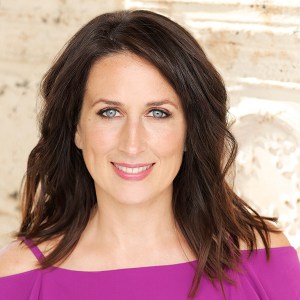 “Knowing your own communication style, and more importantly understanding other people’s styles, helps you to become more versatile, to flex to whoever you’re working with, and to get your needs met.”

Here she shares the five most common types of communication breakdowns she encounters across the workplace landscape—and how to combat them.

While it might seem antiquated to employ a corporate strategy popularized at the turn of the 20th century, Musselman says that many of her clients’ biggest communication issues stem from the lack of an organizational chart. Without a defined company structure—regardless of whether it’s hierarchical—vague job descriptions can become open to interpretation, which can lead to dropped balls and interdepartmental conflict.

“You’d be surprised how many people don’t realize how much not knowing what your specific responsibilities are can impact the interpersonal dynamics within a company,” Musselman says. “It sounds so elementary, but it’s common, especially at startups, where at the beginning everyone was doing everything.”

Not having an organizational chart—one that can evolve as the organization grows—can also affect a company’s bottom line directly. If you don’t know exactly what kind of help your teams need, or are hiring people solely because they fit with the culture, your hiring strategy is probably hemorrhaging money.

“Younger CEOs often skip right to tactical,” Musselman explains. “Without a workforce planning strategy, they’ll start hiring people because they liked a few key qualities in the candidate, rather than thinking about what their teams actually need.”

One of the most common lack-of-communication scenarios stems from individual team members having different communication styles, and team leaders not bridging the gaps between them.

“Knowing your own communication style, and more importantly understanding other people’s styles, helps you to become more versatile, to flex to whoever you’re working with, and to get your needs met,” Musselman says. “It’s critical but not everybody wants to do it—a lot of people are afraid to find out.”

Whether it’s because employees dread self-assessment or because a broader cultural issue has discouraged employees from collaborating effectively, nip workplace conflict in the bud by ensuring that managers are aware of their own communication style, the styles of those on their teams and how tension might arise within that personality matrix. There are also a number of work-oriented systems and personality evaluating systems companies can use.

3. Teams have too many ways to communicate

Ironically, in the era of digital tools and workflow software, sometimes a lack of communication can happen when there are just too many ways to communicate. Musselman says it’s common for teams to run into conflict when communicating through too many channels: from email, to after-hours text messages, to workflow software and so on.

While channel-surfing is to be expected—especially when a team is mobile—Musselman recommends that leaders assign a point person (or persons) to ensure that all communications taking place outside of the central work hub are gathered and folded back into the main “feed,” like an ongoing minutes organizer.

“Unless someone has been designated to copy that group text and put it back into the main channel, you’ll end up missing a chunk of information that might be pertinent to other people, and to the future success of the project,” she says. “That in itself becomes a process that needs to be delegated to keep people organized, so everyone can remember what was said and agreed to.”

4. Communication is not explicit

Workplace decisions and next steps that are implied rather than explicit can have a detrimental effect, both to a team’s morale and to its overall productivity.

“It’s shocking to me how few people know to establish action items coming out of a meeting,” Musselman says. “You have to have someone who can summarize at the end of each meeting, ‘Number one, what are the next steps that have come from this conversation? Number two, who’s going to be held accountable for that next step? And number three, what’s their deadline?’ These three decisions alone will keep things moving forward.”

Bonus: establishing your workplace as a place where decisions and plans are made explicit also makes it more accessible and inclusive to neurodiverse talent.

Power up your internal comms with Slack

Learn how to improve internal communications while boosting employee happiness and business performance.

5. No one has been tasked with anticipating challenges

During her time in media nearly a decade ago, Musselman says one of the industry’s major challenges was its collective inability to see social media as a crucial part of its business strategy. While the platforms were fairly new, not having innovation teams to anticipate social media’s importance—or even charging an existing team with scoping out new technologies—stemmed from a fundamental lack of organizational communication that hurt media companies in the long run.

“Even at so-called innovative media companies, their cultures were not set up to be collaborative, so people were pointing fingers, and then also trying to grab for power,” she says. “These companies had a fear-based culture, so rather than social media becoming an innovative opportunity in which companies could compete against one another, it created competitive internal environments where people were blaming each other for not taking the lead.”

She suggests that the absence of this sort of innovation strategy team is, in itself, a lack of communication that can lead a company to self-sabotage. She says it’s “super-imperative” that teams build this sort of “risk analysis” into their business plan. When Musselman was at Nickelodeon, for example, the kids’ entertainment network had an innovation team that got the company into the streaming business on the ground floor, fueling its growth over the past decade.

“No one likes change, so leaders need to get ahead of deciding who will be responsible for shepherding in the new ways of doing business,” she says. “They need to have hand-selected innovation groups made up of department heads so that new developments in the industry are shared companywide and can drive new business.”

“Some executives are uncomfortable with conflict and immediately try to shut it down or interject, but rest assured, [having] silent employees doesn’t always mean happy employees,” Musselman says. “Pay attention to the kind of disagreements you hear. If people are fighting about unimportant issues, they are often in a destructive conflict rooted in a deeper issue. You have to look beneath the surface to identify what’s being discussed and ask yourself: ‘Can this debate make the company better?’ ”

The advice Musselman gives most frequently to clients suffering from a lack of communication has to do with telling the difference between miscommunication and healthy conflict. Because, sometimes healthy conflict can lead to growth, innovation and change management that boosts overall team health and progress.

Bring your HR tools and team together