Below you’ll find insights from the first of our Slack Sessions webinars, a series of panel discussions with global business leaders. Watch the full webinar on demand here.

In our current pandemic reality, a new genre of business storytelling has emerged. Executives worldwide have tales from the trenches about moving hundreds, thousands or even tens of thousands of employees to remote work within a matter of days.

Some companies, like Insurance Australia Group, the continent’s largest general insurance provider, set up hardware drive-throughs to ensure that employees had access to the right technology. Others, like Slack, moved quickly to transition 2,000 employees across 15 countries over a period of 30 hours. And still others, like employee-feedback platform Culture Amp, assessed how to meet occupational health and safety standards at home offices—should the company get involved if employees didn’t have home smoke detectors installed?

During the first of our Slack Sessions webinars, a series of panel discussions with global business leaders, Julie Walker, Slack’s head of marketing for Asia Pacific, spoke with Didier Elzinga, the founder and CEO of Culture Amp, and Mark Drasutis, the chief digital officer of IAG, about how their companies managed the transition and what they learned in the process. Slack’s senior vice president of people, Robby Kwok, chimed in too.

Attend to the basics first

Maslow’s hierarchy of needs posits that humans must have their basic needs, such as food and water, fulfilled before they can focus on higher-order areas, like self-actualization. It turns out businesses operate along a similar model. Leaders have to make sure that the lights are on (and employees have internet access) before planning new product innovations.

For Drasutis, the mastermind behind the equipment drive-through, ensuring that nearly 13,000 IAG employees were outfitted with the right hardware and software was step one. But it takes more than a home workstation to keep people productive and healthy. “At the end of the day, business is about the connection of people and maintaining some level of consistency,” he says. “People still need interaction.” 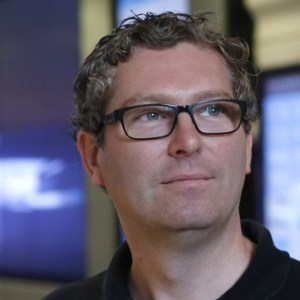 “We’re using Slack to just drop reminders in channels: Go outside, get some nature, have a cup of tea, reach out to a colleague and ask, ‘Are you OK?’ ”

So rather than scrapping a planned in-person hackathon, Drasutis made it virtual. Some 400 people connected via Slack and Webex to develop and pitch their best ideas. He even had pizza sent to the winners’ homes. “Just keeping the team connected has meant that we’re still productive and creative,” he says. “And some of those things from the hackathon are being moved into production.”

Draustis has also developed a system of Slack reminders to encourage people to hit pause and attend to their well-being. “We’re using Slack to just drop reminders in channels,” he says. “Go outside, get some nature, have a cup of tea, reach out to a colleague and ask, ‘Are you OK?’ ”

Humanity and empathy are crucial elements of any successful corporate culture. This is especially true during a global pandemic, according to Elzinga. “Our job as leaders is to normalize, not pathologize,” he says. “So not to say, ‘There’s a portion of our community or of our employees who are suffering from depression or anxiety’ or whatever. In this environment, we are all going through it.”

To help normalize a very abnormal set of circumstances, Elzinga provides regular updates to employees via Slack. “When we entered lockdown, I started doing a two-minute video every workday,” he says. “I have a #ceo channel in Slack where I share the video—just observations, what’s going on, how we’re doing, how we’re tracking against the plan,” he says. The response was overwhelmingly positive. “I got so much feedback from people that to hear me say, ‘Today, just do what you can; that is enough’ was actually incredibly important and powerful.” 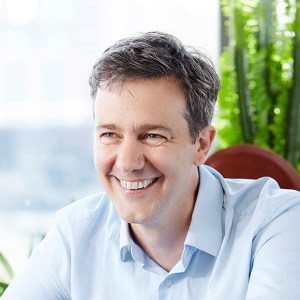 “When we entered lockdown, I started doing a two-minute video every workday. I have a #ceo channel in Slack where I share the video—just observations, what’s going on, how we’re doing, how we’re tracking against the plan.”

Drasutis has stepped up regular check-ins to keep his finger on the pulse of his team’s well-being. For him, Slack messages have provided a quick, informal way to open the door to more complicated conversations. In the first weeks of the pandemic, “Slack direct messages went through the ceiling,” he says. “Just saying, ‘Are you OK? Is there something I can do? How am I connecting with you?’ is so important.”

Beyond checking in, leading with empathy also requires re-evaluating systems that don’t serve employees. Slack’s leadership team examined its processes to identify ways the company might address employee stressors, according to Kwok. “We decided during this unprecedented time not to even worry about tracking time off right now,” he says. “Instead, we just gave people the peace of mind to do whatever they needed to do to get their personal lives in order.”

Approach the future of work with agility

Given the ongoing uncertainty around the pandemic, it’s unlikely that offices will return to how they were before. Elzinga estimates that the pandemic has accelerated the shift to remote work by five to 10 years, across all fields. This, of course, means that leaders have to seriously consider how they’ll navigate this new world of work.

For Elzinga, an approach that blends home and office environments offers one promising solution. “The data I’ve seen shows that hybrid is the best,” he says. That, in turn, raises new questions. “Can we redesign our offices so that we spend maybe half our time there, and we only go in for meetings that actually require face-to-face interaction?” he says. “I think that’s something that every company is going to ask itself.”

Companies such as IAG have also had to reimagine how they define themselves, according to Drasutis. “Traditional businesses have to realize that, actually, they are now digital businesses,” he says. In practice, IAG has transitioned to a virtual branch model, where employees can resolve claims and address customer concerns from their homes. “Ninety-seven percent of our workforce is working in this next normal, which is distributed teams that use Slack and various technologies to stay connected and keep the customer experience front and center.” 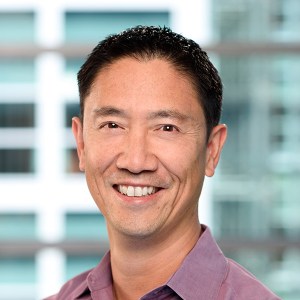 “This period of time shows us that everyone has great ideas, and everybody should be heard. If we go back to the old way of doing things, you’re going to lose a lot of that goodness.”

Kwok observes that the transition to fully remote work has leveled the playing field between remote and office workers. Prior to the pandemic, those who worked from home were often at a disadvantage in situations like meetings. “Remote workers are two tiles on a screen, but the rest of the meeting is happening inside a big conference room,” Kwok says. Now everyone is a tile on a screen—workplace technology is the new digital office.

Tools like Zoom and Slack have democratized remote work, and we’ve got to figure out a way to keep that, Kwok says. “This period of time shows us that everyone has great ideas, and everybody should be heard,” he says. “If we go back to the old way of doing things, you’re going to lose a lot of that goodness.”

The manager’s manual for remote work