Where and how you work has a significant impact on your productivity—so much so that Deano Roberts, our Senior Director of Global Workplace and Real Estate, has made it a personal mission to design the most distraction-free office environment possible. Here’s how he looks at the relationship between our work environment and our ability to be productive and efficient at work.

The anti-cubicle movement is a hallmark of Silicon Valley, but more and more researchers are finding that an open floor plan hinders productivity more than it helps it. “The problem with the open floor plan is that it fails in terms of productivity for probably 60% of the workforce,” says Roberts. “Whether it’s a noise distraction or the anxiety of being in a group of people or it’s a weirdly clumped-together team of folks.”

As a result, Roberts has made an effort to provide employees with a mix of options based on the environment in which they work best. That includes an equal number of seats away from people’s desks. “Who am I to dictate that you will sit in row 43B and do the most productive work of your life for these eight hours a day?” he says.

Minimize physical distractions around you

According to Roberts, his job is to set the conditions for others to find success and to thrive in their working life. That includes making office environments at Slack simple, productive, and pleasant. It also means no ping-pong tables, life-size Jenga sets, or other “overwhelming zaniness.”

“We have a lot of chairs that face outward towards windows and down hallways that no one goes down. That way, employees have somewhere to go if they need a break from the mental pushups they do all day.”

Roberts also believes in eliminating anything else about your physical office environment that makes it difficult to focus. If your chair is broken, for example, you might spend days or weeks being irritated about it or trying to figure out how to fix it or get a new one. At Slack, you’d simply report it to Roberts’s team, and they would replace it as quickly as possible.

“It has nothing to do with entitlement,” he says. “It has everything to do with bringing that person cognitively from the thing that’s distracting them and getting them focused back on their work.”

In addition to creating a workspace that eliminates distraction, Roberts is also dedicated to making it easy for employees to take mental breaks from their work. “We’re very mindful that there are people that need to shut down for a half hour a day to be productive,” he says.

To provide for that need, Roberts has made space at Slack for smaller one- and two-person rooms, nap rooms, and break rooms. “We have a lot of chairs that face outward towards windows and down hallways that no one goes down,” he adds. That way, employees have somewhere to go if they need a break from the mental pushups they do all day.

If you’re taking a break, though, make sure it’s a real one. According to Fast Company, taking a walk, eating a snack, or allowing your mind to wander is much better than scrolling through social media on your phone.

Another way to take a mental break, says Roberts, is to leave the office environment for lunch. “[The tech industry] has built this really dangerous bubble where you could show up at a large tech campus at seven in the morning, eat three meals a day there, have all of your entertainment there, all of your social activity there,” he says. “We tell our folks, we’d rather you just take your money and go be a part of the community.” 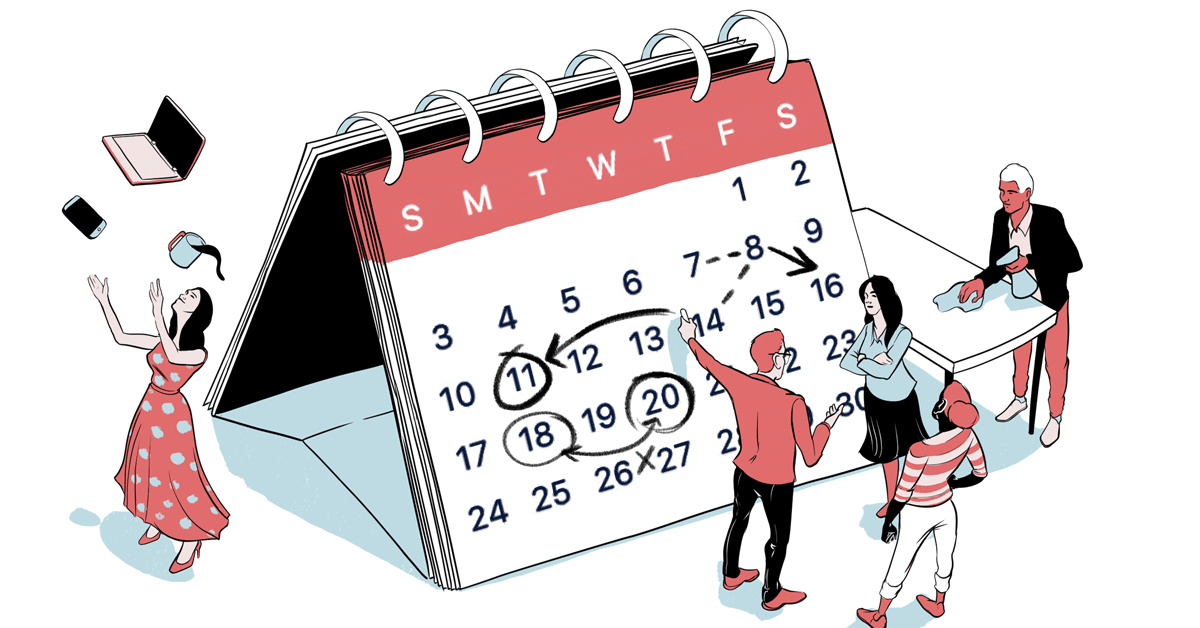 It’s unlikely that every part of your job is energizing. To keep less-inspiring tasks from putting a damper on your productivity throughout the week, Roberts recommends batching them.

For his team, Wednesday is the time to focus on organizational and administrative tasks. “Wednesday is when we do the meatiest, heaviest work,” Roberts says. “It’s probably the least sexy work that can be done; it’s surely not creative.”

But neglecting the necessary tactical work can make your life difficult in the long run. So whether it’s dedicating an entire day to it once a week or a couple of hours a day, plan for it and hit it hard.

Roberts has been a U.S. Army service member for the past 24 years, and his approach to time management has come mainly from that experience. The most important thing to realize, he says, is that you can’t do it all, so you need to figure out what’s essential.

“If I’ve got five balls to juggle and I know that I can only juggle three,” he explains, “I’ve got to figure out which two I can drop and have the least impact without hurting my work or the wider organization.”

That mindset has served Roberts well as he’s been a part of special operations and elite organizations in the military. What’s more, he believes it translates well to the tech industry, where the office environment—high risk with an uncertain reward and a lot of ambiguity—is similar.

Leaders must channel and direct their team’s energy

Roberts believes that the energy flow in any office environment begins and ends with its leaders. If a leader is positive, poised, and trustworthy, employees will feel safe. But if a leader is panicked, uncertain, or chaotic, people will echo those things.

Roberts is also a big proponent of the servant leadership mindset, which requires a lot of humility and self-awareness. “We have this saying in the military,” he says. “‘Take care of your people, and they’ll take care of the mission.’”

If you focus more on finding mission success than on the people who can make it happen, you’ll fail. But as leaders empower their people to do to their best work, a naturally good energy can come from that.