Depending on the type of organization you’re running, achieving a sustainable competitive advantage can be a widely varying challenge. If you’re selling a physical product, for example, you’re probably relying on unique patents; if it’s a lifestyle brand, you likely lean on name recognition; if it’s a service, your coverage area or response times might be key.

In the password security arena, management software 1Password has amassed a loyal following of millions of users with minimal marketing efforts. According to COO (Chief Operations Optimist) Matt Davey, its success is rooted in real relationships with the people who use the product every day, from enterprise clients to customers who hop from free trial to free trial.

Read on for Davey’s insights from his six years with the company about what it takes to achieve a unique, sustainable competitive advantage in a saturated market.

1. If you don’t need your product, others likely won’t either

The co-creators of 1Password originally built their product for internal agency use, as a browser extension. They gained their first advantage, Davey says, when they realized that they needed to take their password vault on the go, beyond the browser. But at the time, password managers were stuck in a copy-and-paste-from-a-website procedure.

“It’s about that quality that they brought to the apps in the beginning, and then seeing that through on every platform: We’re there everywhere you need us,” Davey says.

In other words, the company grew out of not just a conceptual hole in the market, but an actual, tangible need—one they might not have stumbled upon had they not been using something like it daily.

“Our other biggest competitive advantage, as strange as it sounds, is what we decide not to do,” Davey says. For example, 1Password doesn’t log you in to sites automatically, out of security concerns.

“We try not to just mimic every feature,” Davey explains. “It’s not a battle of features for us. Our culture is one of perfection; our differentiator is that we don’t do all of these things if we don’t feel that we can do them right. We waited 10 years to launch a cloud option that would sync across every platform, because we wanted to be able to ensure that people’s passwords were safe in the cloud.”

“We don’t offer a free tier, and we haven’t taken on any VC funding or board of directors—we are 100% customer-funded,” Davey says. “That brings with it the ability to say no to things like analytics and advertising.” 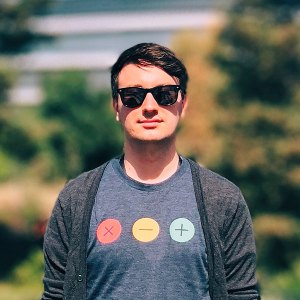 “Customer service really has been at the heart of our business, so my advice generally would be to just interact with customers as much as humanly possible.”

He adds that, when it comes to a sustainable competitive advantage, the lack of outside interests has allowed the company to scale without having to worry about compromising on the customer experience. “We are one of the only password managers that don’t track what websites you use. And that’s a huge thing, really.”

Anyone who’s been on the business end of a call with a utility company knows the transcendent value of a good old-fashioned human-to-human customer support experience. The more you prioritize that relationship, the better your brand affinity will be.

“Customer service really has been at the heart of our business, so my advice generally would be to just interact with customers as much as humanly possible,” Davey says. “Like, I remember when we were 20-odd people, and we would almost fight over every customer service ticket. Those conversations that the customers are having with us, they really do affect every angle of the business.”

Analytics. Retargeting. Optimization. These are often inevitable elements of growing a business while trying to achieve a sustainable competitive advantage in a digital era.

Even 1Password, after years of saying no to advertising, dived into a bit of Google ad-buying when competitors started buying up digital real estate that 1Password had come to organically. But Davey says it’s a mistake to let data make your decisions for you.

“Other companies I’ve worked at have relied so heavily on analytics that you build up this group mentality about your customers,” Davey says. “But when you talk to them one by one, you realize, oh, actually, this really impacts individuals.”

He recalls a conversation he had with a pilot on a flight once as the company was discussing a new feature. The pilot confessed that in his other gig transporting luxury cars, he used 1Password to securely store photos, VINs and other details about the vehicles.

“I was like, ‘Wow, that’s incredibly weird use case,’ but now every time we try and do something, I remember someone was using it weirdly in that way,” Davey says. “I mean, we have millions of customers at this point and he is just one of them. But that is essentially how we build our product, with the input of a very small number of people. It just happens to scale.”

“Four or five years ago, we took out a feature in our product,” Davey recalls. “No one was using it in the company, and we kind of assumed no one else used it. But then I think we got 10,000 emails in a day with customers asking, ‘Hey, I can’t find this thing anymore.’ So we rebuilt the feature and put it back within a week.”

It’s easy to feel pressured to diversify your product offerings to create a sustainable competitive advantage and to stay competitive in the market. But the same effect can be achieved by retaining an agile and innovative vision as a company. Defunct video rental chain Blockbuster, for example, failed to roll with the punches and ended up missing the opportunity to pivot to streaming by buying Netflix.

By keeping one eye on the horizon and one ear on customer feedback, you can have enough foresight to evolve your central product organically and to serve your customers as their needs grow alongside the company.

Find out how Slack EKM works and how it enables Enterprise Grid customers to have greater visibility and control over their data.