Slack’s vice president of global workplace Deano Roberts is like an international worksite whirlwind in reverse: Every place he passes through is left organized, orderly, and as it should be. And next up, Whirlwind Roberts has his sights set on creating an ideal work environment by disrupting open floor plans.

Roberts explains why he’s done with this longtime office space go-to option. “The open floor plan, which was conceived in the late ’50s by Herman Miller, was supposed to be the end-all when it came to collaboration productivity,” he says. “But realistically, it works for about 40% of the population. For the other 60%, it causes some anxiety.” 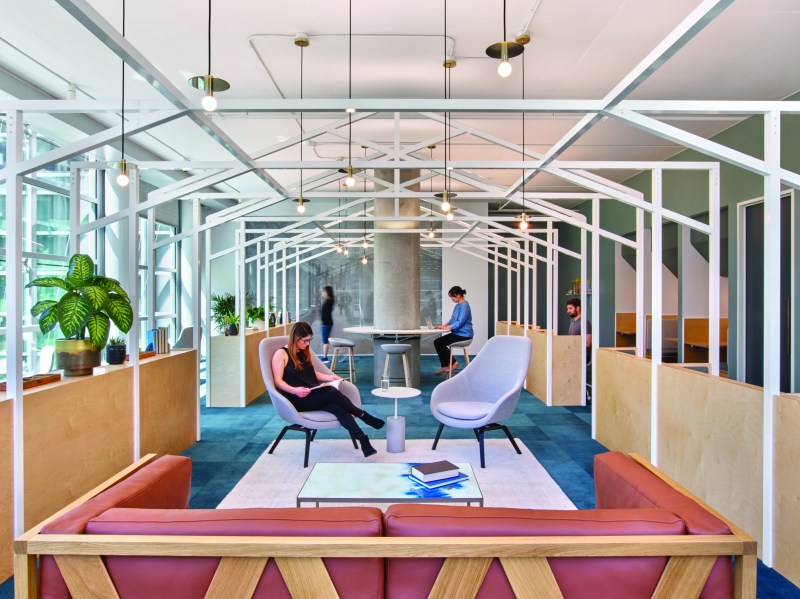 “I would like you to show me the ROI of free cupcakes and ping-pong tables. Because from what I’ve experienced, those things don’t make you or help you do meaningful work. At worst, they’re just a distraction.”

He has a few ideas about what makes a truly collaborative, highly productive and ideal work environment—and it ain’t free cupcakes. “There’s a diminishing return on free cupcakes, or kind of cliché fixtures in tech offices, like having a ping-pong table or an ironic beanbag chair or a life-size Jenga sitting next to your desk,” he says. “I would like you to show me the ROI of free cupcakes and ping-pong tables. Because from what I’ve experienced, those things don’t make you, or help you, do meaningful work. At worst, they’re just a distraction.” 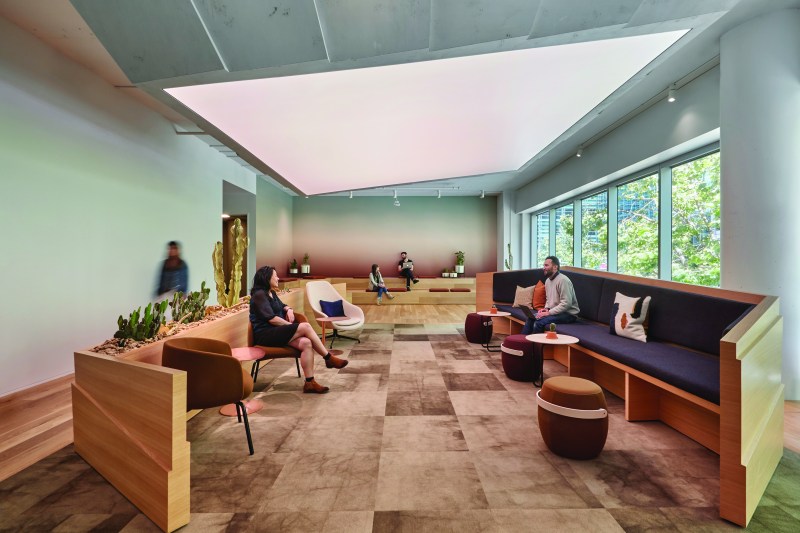 Instead, Roberts and the workplace team have taken their design cues from Slack, the product, itself. In Slack, features like channels and search mean that information is at everyone’s disposal. In that sense, the product’s job is to be a resource that provides context and answers. “We want our workspace to do that too,” says Roberts.

“If you need something, you should either logically know where to go get it yourself or, if you have to ask us for it, you know we’re going to get it to you immediately,” he continues. “This isn’t to give anyone a sense of entitlement; it’s because we want to remove distractions and improve everyone’s productivity.” 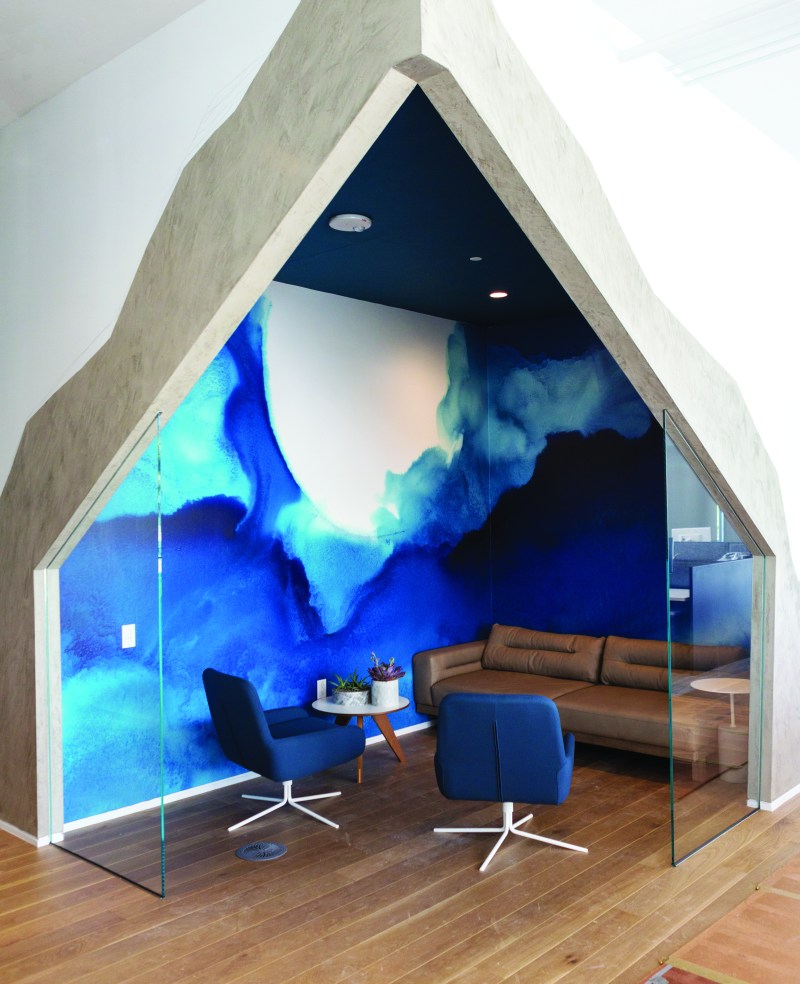 Ping-pong tables and free cupcakes aside, Roberts mentions that office spaces don’t have to be totally devoid of fun or, at the very least, some breathing room. “We have just enough pleasantry,” he says. “A wonderful barista bar, a tiny little music room, nap rooms, and nice little spaces that are quaint and interesting.”

Even those design details were inspired by how Roberts and his team use Slack. “Probably 95% of my day I’m doing work, and 5% I’m palling around in the doodles channel,” he says. “I think we’ve represented that well by physically accommodating the need for cognitive breaks in the workplace.” 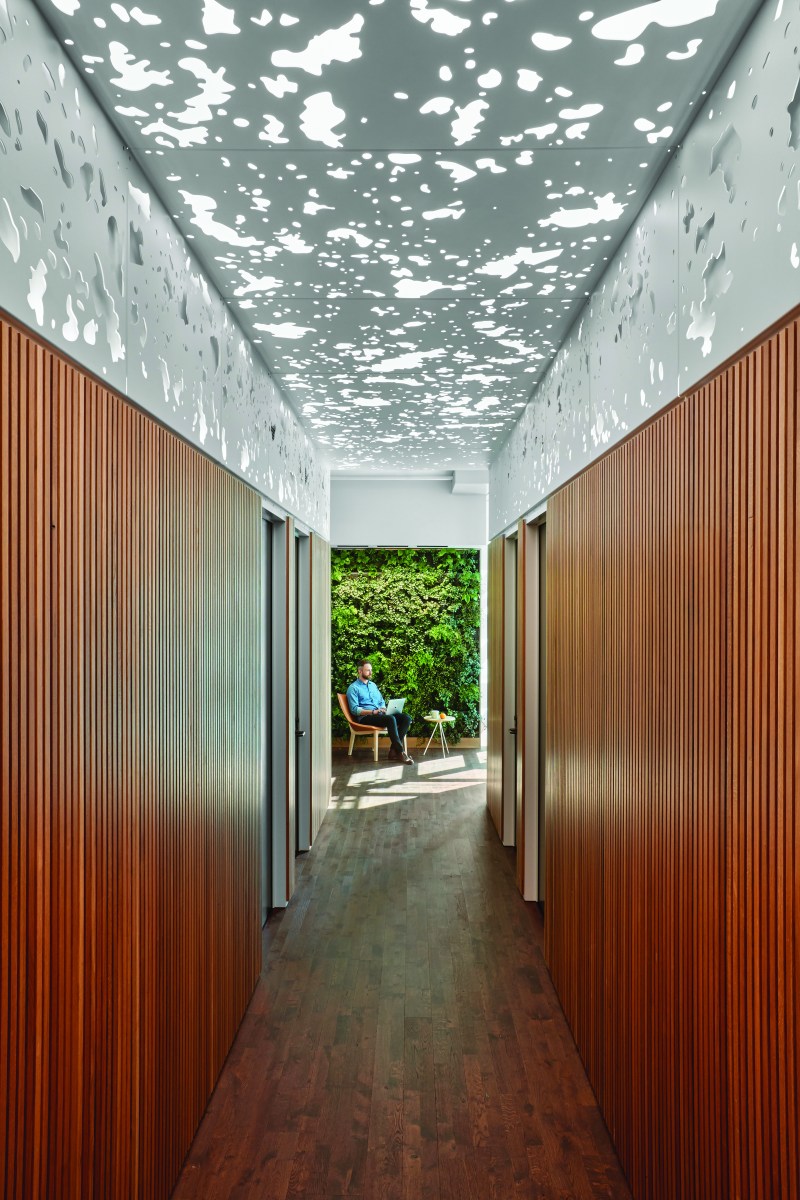 Equally passionate about overhauling the open office plan to create an ideal work environment is Kristy Tillman, who recently joined the team as the company’s global workplace design lead. In their efforts to make Slack’s offices a “cultural beacon of experimentation in the workplace,” Tillman says, there are a few unique kinds of spaces that her team has implemented to make the office more inclusive.

There are “tucked-away spaces for introverts who need to have some silence and be a little bit away from the foot traffic,” she says. “Bookable rooms and un-bookable rooms for people to either schedule meetings or have impromptu ones. Restrooms are fragrance-free, and we have gender-inclusive ones for our nonbinary and transgender employees. And we’re ADA-compliant [for disabilities] where that’s needed, too.” 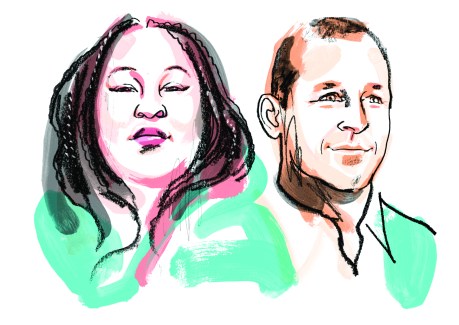 While the team is thinking through ways of making their shared space even more functional as an ideal work environment for what Tillman describes as “a pretty wide swatch of folks,” there is one group that she’d like to better serve: remote workers and teams in international offices. “I want to make their experience feel more cohesive, especially while working through audio and video,” she says. “I want to make them feel like they know what’s going on at the home office.”

Tillman shares Roberts’s vision for designing distraction-free workplaces that cater to the needs, personalities, and work styles of many. She describes being energized by the changes the workplace team is driving and what it could mean for other companies. “You can dazzle people with really beautiful offices, but what’s more important is that we’re continuously honing our perspective about how we build our workplaces,” says Tillman. “And to me, that is compelling work.”